What Would A Four Day Work Week Look Like for Your Business? 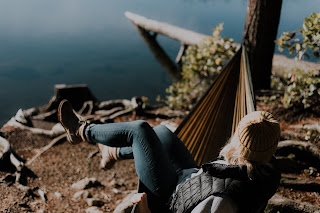 What Would A Four Day Work Week Look Like for Your Business?

The strangest thing about this depressing cycle is that it can be changed!

Sanna Marin, the 34-year-old Finnish prime minister and world’s second youngest serving state leader, has been making headlines long before she stepped into office. She’s done it again by envisioning a four-day work week for Finnish businesses – which, frankly, sounds awesome. Marin said “I think people deserve more time with their families, hobbies, life. This could be the next step for us in working life.” As incredible as it would be to be able to sleep in till noon on a Friday (or a Monday depending on how your week is split), it might not be a reality for all of us. At least not yet.

Why would you want a shorter work week?

The general aim of a shorter work week is to allow employees more free time to spend doing what they love with their families and friends. They’d get more sleep, feel more relaxed and be better prepared for a week’s work. This would then lead to increased happiness, satisfaction and productivity at work or school. This increased productivity would more than make up for the extra working day that they would have spent overworked and exhausted. Some researchers are even hypothesising that it could lead to less CO2 emissions due to one less day to commute to and from work.

Microsoft Japan published the results of a trial in which it closed its offices every Friday during August. The company’s results show that this led to a 40% boost in productivity.
There are several companies other than Microsoft that have had incredible results regarding productivity in the work place.

What is a four day week?

A four day work week is also known as a compact week, where hours or days are cut from workers’ schedules to either save costs or allow for more free time.

A four day work week doesn’t necessarily involve working from 9 to 5, from Monday till Thursday. Different businesses employ different versions of a shortened weekend to suit their needs.

This is also known as a 4/10 week. Employees work 10 hour-days for four days a week. Its easy to see why this arrangement would be popular with business owners. The theory holds that you still have the same amount of time to get the same amount of work done – and still have a longer weekend. Some employees prefer this arrangement thanks to the fact that they won’t receive any pay-cuts.

However, it would be wrong to assume that we would get the same amount of work done in a 4/10 week. Studies have shown that longer working hours lead to decreased productivity and increased frustration and fatigue. Don’t forget that those 10 hours don’t include travel time, and for employees with longer commutes, a 10 hour workday can easily turn into a 12 hour workday. Some people feel that they can’t even enjoy their longer weekends because they’re still recovering after such a taxing week. This arrangement doesn’t work well for parents with young children either.

This usually involves working for 8 hours 4 days a week. Some employers even allow their staff to choose which days they’d like to have off. While some employers might feel like they’re losing out on hours of work, the increased levels of productivity often make up for it. Instead of spending an hour in the mornings having coffee or chatting by the watercooler, employees are more motivated to complete their work to get an extra day off.

One of the downsides of this is that the extra day off sometimes leads to a pay cut. Due to this loss of income, some employees might need to turn to freelancing or a second job – which completely defeats the purpose of a shorter work week.

In this arrangement, employees still work 32 hours, but they’re split over 5 days instead of 4. This means working a little over 6 hours per day. Like the previous example, this could potentially lead to a pay cut, but many employees feel like the increased flexibility is worth it. You’d still have more free time than you would with a conventional 40 hour workweek.

Every second Friday off

This thread discusses different people’s opinions of their own shortened workweek, and the verdict is that many of them would prefer a 9 hour work day for five days a week and get every second Friday off. This way, you wouldn’t receive a pay cut, won’t be completely exhausted after the work week, and you’d get a day off every two weeks.

Some things to consider

-        There is no one size fits all solution to a four day week. While you might want to spend your day off browsing a bookstore or having brunch at a café, these businesses need employees too. Retail and food workers would need a completely different system to make a four day work week work. Children would also need a four day school week that matches that of their parents’. Even if a 32 hour (or 4 day) work week becomes a legal requirement, each business will probably have the right to employ it in whatever way they deem fit.