5 Tips on How to Drive Like A Race Car Driver 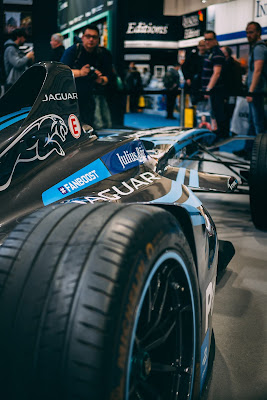 We’ve written about what it might be like to drive a race car to work and the verdict was – it would suck. That doesn’t necessarily mean that driving like a race car driver wouldn’t be a fantastic idea. Race car drivers have incredible driving skills and lightning fast reflexes to boot. Who wouldn’t want to be able to add “incredible driver” to their repertoire of skills? We’ve compiled a short list of race car driver approved tips that you can apply every time you drive a car.

Nine and Three, Not Ten and Two

You were most probably taught that if the steering wheel were a clock, you should be positioning your hands at the 10 and 2 o’clock marks.  Race car drivers don’t do this. They typically place their hands at the 9 and 3 o’clock marks. This isn’t only because its much easier to make split second manoeuvres when your hands and arms are loose and comfortable, but it’s also much safer. Having your hands placed higher not only makes it harder for you to drive for long periods of time, but if you were in an accident, you could get seriously hurt when the airbag deploys. If you haven’t seen a forearm that’s been degloved by an airbag in an accident, then count yourself amongst the lucky ones.

This might be a bit hard to explain without a physical example, but bear with us. Imagine you have both your hands (at 9 and 3) on your steering wheel and you’re driving straight. If you were to turn right, you shouldn’t be pushing upwards with your left hand, put rather pulling the steering wheel down with your right. This has to do with how your muscles react to certain movements. By pulling down instead of pushing up, you can react faster and have better control over your car in emergency situations.

Look into The Distance

You might be doing this without even realising it, and if you’re not, you should. Try not to focus on the car in front of you, but rather the space in front of and around it. This helps you predict what that car might do, but it will also warn you of other drivers and objects that are coming. If you saw an accident happen three cars ahead, you could have a split second longer to react and it could save your life. If you can’t see the road ahead due to severe traffic or bad weather, lengthen your following distance and slow down.

Keep in mind that not everyone else on the road is as good a driver as you might hope. Anything could happen at any time and being aware of your surroundings could help you avoid or at least survive an accident.

One Step at A Time

Whether your turning, braking or accelerating, make sure you’re only doing one thing at a time. Although this might seem like common sense, people turn and brake/accelerate all the time. Instead of slamming your brakes on a sharp turn, slow down as much as you need before you need to turn and allow the car to coast around the turn until it’s safe to accelerate again. Braking or accelerating on a sharp turn is a sure-fire way to lose traction and control of your car (especially in bad driving conditions).

Even the best drivers sometimes hit a speedbump or two throughout their driving careers. The most important thing to do when you’re in a dangerous situation or emergency is to stay calm.

If for instance, you have a tyre blowout, DO NOT BRAKE. This is the single most dangerous thing you could do in that situation. Your car will spin. As hard as it is not to panic in a situation like that, you need to stay calm and try to keep your car in as straight a trajectory as possible. Try not to overcorrect, but rather take your feet off the pedals, switch on your hazards and allow your car to come to a stand still on its own. Do not try to turn onto the shoulder, because chances are high that the drivers around you saw what happened and will do all they can to make way.

There you have it for our race car driver tips. We hope that you'll be able to apply some of them to your daily driving and feel a bit closer to you dream of speeding down a track. As always, stay safe on the roads and let us know if you have automotive questions or requests.