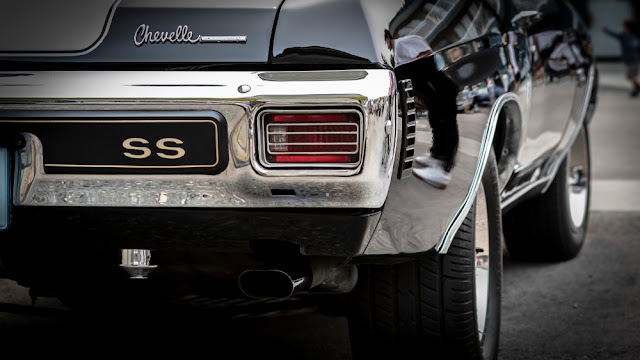 Would you drive a brand-new “classic” car?

Why do people love classic cars?

There’s a certain type of person that drives a classic car. Their definition of a night out is when they accidentally fall asleep in the garage (again). They work on their car not only because they need to, but because they want to. There’s just something about being able to feel the road moving under you and listening to the roar of a powerful engine that makes driving a classic car a uniquely nostalgic experience. Even if you weren’t doing the Twist to a Beach Boys song back in the day, you can’t help but feel transported to the swinging 60s when you’re behind the wheel of the likes of a ‘65 Chevy Impala. Whatever your reason is for driving and loving your classic car, we’re sure it’s a great one or you wouldn’t be reading this.

If they’re so amazing, why isn’t everyone driving a classic car?

Quality classics are hard to find and they’re even harder to maintain even if you have the needed expertise. With each classic car’s endearing creaks and groans comes some more worryingly expensive sounds. Sky-high repair and fuel costs are just some of the reasons why many people opt for more practical, modern cars. Parallel parking a 1969 Boss 429 Mustang in a busy city street doesn’t exactly sound like a drive in the park, but it’s also true that most people who own classic cars don’t usually use them for everyday driving. So, if someone could offer you the chance to drive a car with all the old-world charm with none of its problems, would you consider investing in a “classic”?

Can classic cars be manufactured today?

You could take the more conventional route of purchasing a classic car that’s seen better days and having it restored by professionals or if you’re skilled enough you could even do it yourself. Dino’s Classic Restorations offers exactly what it says on the box – they restore your classic to its original glamour by replacing, repairing and refurbishing as they see fit. Workshops like Dino’s focus on originality, professionalism, and most importantly, quality. It’s no surprise that they have more than 2000 people following their journey. So, if these classic cars were so popular and are still in the market today, why not just build a car that’s the same shape but has brand-new, modern technology under the surface?
Some auto shops actually do something like this by starting from scratch (or the bare minimum, at least) to recreate the car in its entirety. Places like Revology in the US, that specialise in vintage and classic cars, strip a classic (provided by the client) to pieces and use modern materials and equipment to create a car that looks like it rolled out of the pages of a vintage magazine. What’s even better is that it drives like a car manufactured in 2018. According to Cheat Sheet, Revology’s Mustang comes with so many Ford parts that it can actually be serviced under warrantee at a Ford dealership, which makes it, says Cheat Sheet, “the first 1966 Mustang with a factory warranty since, well, 1966.”
Another prime example is the Lightweight E-Type Jaguar that was announced to hit the road again in 2014. Jaguar chose to manufacture another six cars that are identical to their original twelve 1963 siblings. This was met with unbelievable excitement and all six cars were sold as soon as they were released. And although this was a rare and unique case, it leads us to imagine what the reaction would be if other manufacturers followed Jaguar’s example and re-released their signature classics.

Is a reproduction of a classic car still a classic?

When it comes right down to it, the answer would be, “It depends.” Stripping down a car to its frame and rebuilding the damaged or worn parts is common practice. It also depends on where you buy it. While some classics, like the 1963 Jaguar E-Type, are the real deal, many independent shops and restorers only manufacture lookalikes and replicas. These would usually need to be registered as project or kit cars.

Another huge part of driving a classic car is the authenticity. If you ask a petrolhead, they’ll most probably tell you that driving a car that looks exactly like a 1966 Shelby 427 Cobra but has, for example, Bluetooth, USB and built-in GPS systems, is just not the same as driving an original. For many, the joy and excitement of fixing up and maintaining their classics is what makes it worth the time, money and effort. Regardless of your stance on the matter, we can all agree that it’ll be interesting to see how far the replication and restoration of classic cars will go.
Labels: Automotive Classic Cars Mobility